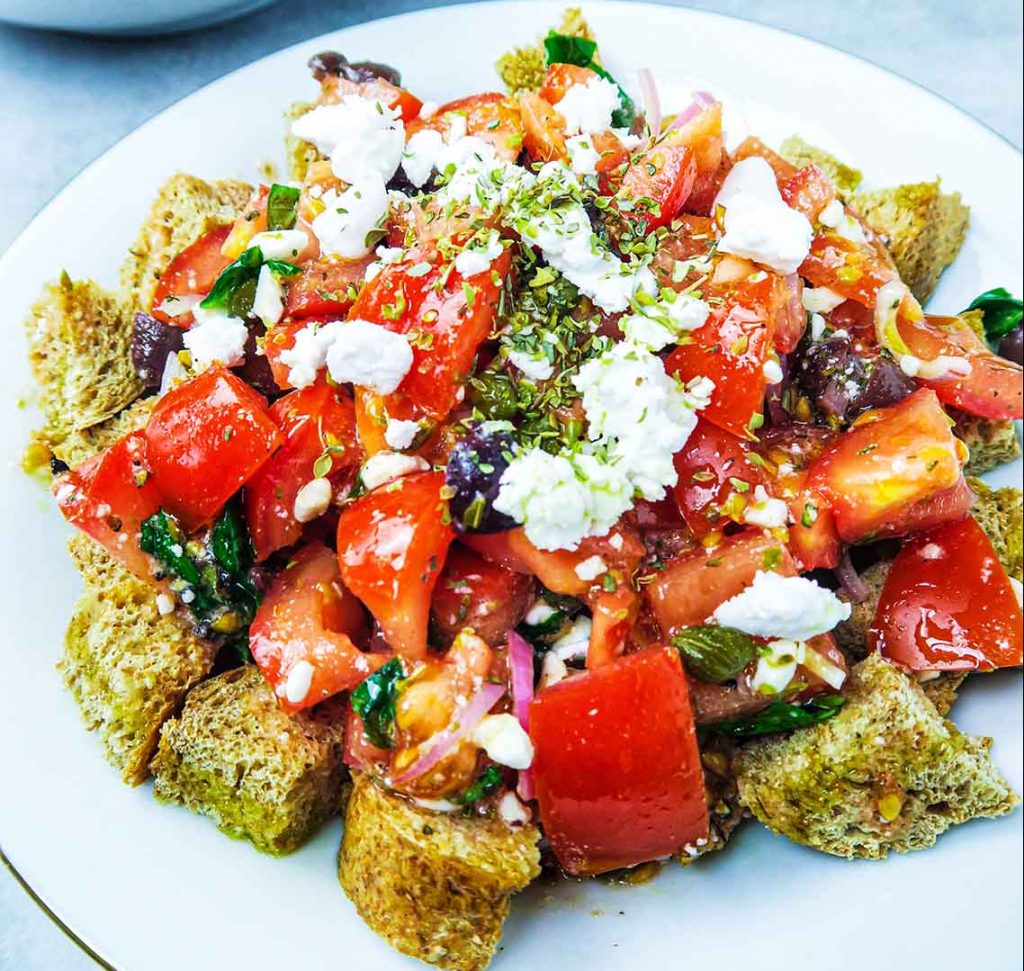 This delicious vegan Dakos is the perfect salad for on those sunny days. Dakos is a dish that originates from Crete, the largest island in Greece. With this dish you will completely get into the Mediterranean atmosphere! Dakos is eaten in Crete as a side dish or as a meal for lunch. It consists of barley rusks, also called paximadia, topped with a salad of tomato, vegan feta, oregano, olives, capers and onions. The moisture from the salad is then absorbed by the dried bread, which makes this dish so irresistibly tasty!

Tip: In Greece they use dried barley bread, which you can already buy in a package. We have not yet been able to find this in the supermarket. That’s why we just use whole wheat baguette to dry in the oven. If you have some old brown bread laying around, this will also work perfectly!

Get a free E-Book with 6 delicious dishes.

Do you already know what you are going to make upc

Are you looking for some inspiration for your carr

Do you like baking and do you love the taste combi

Starting the day with a nutritious but especially

You really should try this vegan Vol Au Vent recip

Many of you have already made this recipe💖👍

Now that we know that ready-made puff pastry from